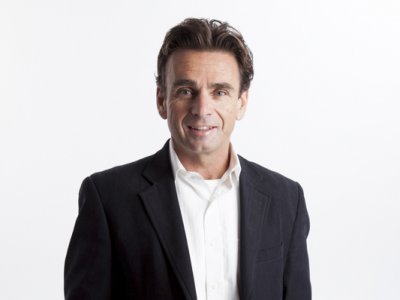 The Herald Sun reported on 1 August that tradies will be better protected from Silicosis by state and federal regulators halving the standard from 0.1 to 0.05 mg per cubic metre. Based on 30 years in the business of preventing occupational disease, the idea that reducing exposure standards will do the job is misguided at best.

Reducing exposure standards along with a push to make silicosis a reportable disease are being seen as key steps in addressing the “new asbestos” claimed to cause at least 15 Victorian fatalities since 1985.

On Radio National Breakfast on 1 August Dr Paul Sutton, Victorian Trades Hall Council OHS Advisor clearly stated that Silicosis is not the “new” anything. We have known about this for many years; a fact stated by Kate Cole an occupational hygienist and Churchill fellow talking on Ockham’s Razor a few weeks ago.

The effect of reducing exposure standards may motivate a higher level of control for some workers in large businesses that measure silica exposures, have done so for years and have some controls in place.

However, as indicated by Dr Sutton who obviously gets out of the office, the high risk exposures include businesses creating stone/resin composite bench tops for kitchens and bathrooms and I would add other tradies and persons that regularly cut, sand or polish masonry and concrete with powered machinery. Many of these are employed in small businesses who have never, and are not likely to ever, engage an Occupational Hygienist to do air monitoring for crystalline silica or any other airborne contaminant.

A properly trained Occupational Hygienist should be able to identify high risk exposures and advise on suitable, effective, practicable controls to prevent the onset of Silicosis without expensive air monitoring, which can cost as much as a powered air purifying respirator (PAPR), a good control option where engineering measures are impractical.  So we need more skilled Occupational Hygienists on the ground; but our regulators are not employing any more hygienists.

At a recent occupational hygiene conference the head of a State regulator waxed lyrical on the great work done by hygienists. Then, when questioned, admitted to having currently only one employed in an organisation where, ten years ago, there were at least seven.  Like the key objectives in mission statements gathering dust in empty foyers, all the fuss about exposure standards does not substitute for boots on the ground attached to heads with the technical skills to motivate corrective action.

The other issue being trumpeted is enforcing the reporting of Silicosis.  Although making Silicosis a reportable disease will certainly lift its profile and spur activity, surely we can expect that the time that it was acceptable prevention policy to wait out the development of a disease, make a list and apply an algorithm before taking action has passed.  We already know how to identify, assess and control the conditions that cause this entirely preventable, occupational disease, let’s just get the bloody boots on the ground and get the job done.