Current Australian Weather Trends and the Threat of Mould

Current Australian Weather Trends and the Threat of Mould

With a yearly trend towards higher rainfall and warmer temperatures, indoor air quality is becoming a hot issue. According to the Bureau of Meteorology, the Australian climate hit many record highs in 2016.

What does this mean for occupational health and safety?

Wetter and warmer weather means increased mould growth in buildings, both in workplaces and in residential properties.

In a typical home or commercial property, all these environmental factors will most likely already be in place, except for moisture. However, leaky pipes and roofs that become damaged under excessive rainfall can allow moisture to enter a building.

Why is mould a problem? 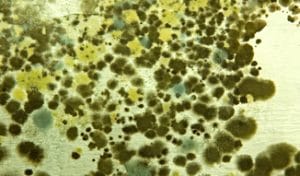 Mould is a significant health issue in workplaces and homes as it decreases indoor air quality, with spores and mould fragments dispersing into the air, exacerbating existing health problems.

What can I do about it?

If you suspect that your workplace or home is affected by mould growth, it is important for your health (and that of your employees or family) that the problem is dealt with quickly, especially if anyone is experiencing the above symptoms.

JTA has an experienced team of Occupational Hygienists who can conduct mould assessments in your home or office. We provide practical and appropriate remedial action plans customised to the specific mould problem in your building. We work with our clients to ensure minimum disruption to the workplace or family home while offering in-depth, permanent mould solutions.

Need help with a mould problem?