Is Your Veggie Patch Poisoning You? 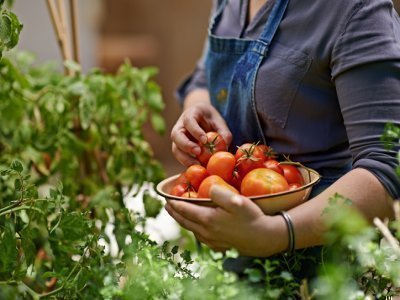 Is Your Veggie Patch Poisoning You?

Your innocuous looking backyard veggie patch could actually be the source of toxic lead poisoning according to an extensive study led by Professor Mark Taylor at Macquarie University and published in the journal Environment International.1 The University’s "VegeSafe" program found that more than one-third of backyard gardens across Australia are likely to produce food with unsafe levels of lead and warn that the contamination carries major health risks.

Macquarie University researchers analysed 17,256 soil samples from more than 3,600 homes around the country making this study one of the most expansive studies ever conducted. After analysing all the samples they found that 35 per cent of veggie patches had at least one sample that exceeded the Australian guidelines for lead, which is 300 milligram per kilogram.

Interestingly, there were some marked differences between capital cities:

Lead is a naturally occurring heavy metal, often used in industry. It gets dispersed in the environment through contamination of water, dust, soil, and some paints. Then it gets into our bodies when we breathe in the lead dust or fumes in the air or if we eat food or drink water that contains lead.

There are several factors which affect the amount of lead in our soil:

This means that older houses which are painted with leaded paint and that are in areas of heavy traffic are more likely to have high readings. Inner city locations with heavy traffic and old homes are most susceptible.
We know that lead-based paint on the outside of older homes deteriorate over time and can be one of the primary causes of lead in backyard soils.

Homes with contaminated soil with high levels of lead carry major health risks. Lead can build up in our bodies over time with serious impacts on our health.

Professor Mark Taylor said lead's side effects are numerous, but particularly dangerous for children. "The effects would include developmental delays, ADHD behaviours, increased irritability, and poorer executive functioning."2 Adults can also be adversely affected with increased blood pressure and hypertension.

As far as your veggie patch goes, green leafy vegetables, like lettuce and herbs, take up a lot of minerals from the soil and pose the greatest risk. Root vegetables and fruit trees are still affected but pose less of a risk.

How To Reduce The Risks Of Your Veggie Garden

By no means are we suggesting that you shouldn’t have a veggie patch or enjoy your own home grown fruit and vegetables. If you think your soil may be affected, Professor Taylor recommended these steps to minimise or remove any risks:

If you are concerned that your soil may be affected by lead, you can send a sample to VegeSafe at Macquarie University.