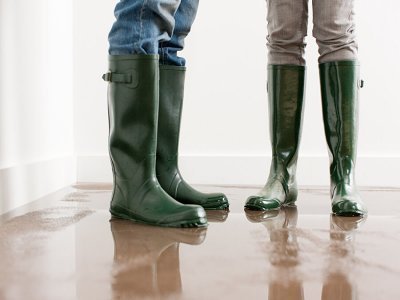 After an extreme weather event, it is difficult to know where to start the clean-up. The feeling of being overwhelmed can make it hard to digest conflicting information, much of which is incomplete and can leave you exposed to unforeseen risks. The recent devastating floods in NSW and QLD have uprooted lives and caused enormous damage. Now businesses and residents need to be aware of the potential issues associated with water inundation.

Some Dangers Of Water Damage

Mould can be one of the most concerning aspects of water damage. It can often be associated with poor indoor air quality and therefore, physical health.  Mould grows rapidly on porous materials  such as furniture, carpets, toys, clothing and books. The usual suspects such as walls and ceilings can also become infested with mould, long before it is visible to the naked eye.

Mould can be thought of as a microscopic flowering plant. Due to its small size it only becomes visible to the naked eye in large numbers, which is why any visible mould can indicate potential exposure issues. Moulds produce large numbers of small spores for the purpose of reproduction, some are suited for dispersal by air movement or and some by water depending on the type of mould. This needs to be considered during remediation to prevent further contamination and high airborne concentrations.

Is Mould A Problem?

The World Health Organisation has stated that there is sufficient epidemiological evidence available from studies conducted in different countries and under different climatic conditions to show that the occupants of damp or mouldy buildings, both houses and public buildings, are at increased risk of respiratory symptoms, respiratory infections and exacerbation of asthma.  It is also thought that people with compromised immune systems such as the elderly are more susceptible to illnesses associated with airborne mould spore exposure.

Mould can become a significant issue in workplaces and homes when it decreases indoor air quality, dispersing odours, spores and mould fragments into the air, potentially exacerbating existing health problems. Some varieties of mould growth create toxic by-products called mycotoxins. These metabolites are associated with immune system effects such as allergic or respiratory ailments.

Under normal circumstances, most mould types and levels are not harmful to healthy individuals. However, when moulds grow indoors, their numbers can increase to levels that have been associated with a range of health symptoms from a cough, chest or sinus congestion, runny nose or eye irritation to more serious symptoms as aggravation of asthma, chronic respiratory and sinus infections. The severity is largely dependent on individual susceptibility.

JTA have been involved in the identification, assessment and remediation of mould and in the design and implementation of long term prevention strategies including drainage, membrane capping and ventilation systems.

We have sourced special chemical cleaning and mould prevention compounds to ensure remediation efforts are as effective as possible. However, remediation in terms of mould removal, even with HEPA vacuum systems and chemical cleaning, is not a sustainable solution in itself. Mould spores are opportunistic, ever present, ever ready to colonise habitable environments, so there are no shortcuts, unless the water source is identified and eliminated, the mould will return.

We have a team who are experts in managing health risks from pollutants after flooding. We offer independence from companies providing clean-up and restoration services. We provide solid advice, indoor air quality testing and building inspections to uncover hidden health dangers that may be lurking in water damaged buildings.

If you suspect that your workplace is affected by mould growth, it is important for your health, and that of your employees, that the problem is dealt with quickly.