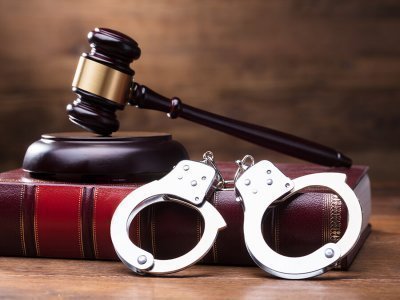 The hotel quarantine inquiry with its extraordinary, unprecedented political and legal implications has more mundane yet equally important lessons for those of us in the prevention game.  Here we look at both, making a big effort to dip into the political/legal blame game while avoiding the gravitational pull of the black hole this looks like morphing into.

On September 27th veteran business journalist Robert Gottliebsen, writing in The Australian Newspaper, linked the collective amnesia of the Victorian Government during the hotel quarantine inquiry to a justified fear of prosecution under the Victorian industrial manslaughter law which provides for 25 year jail terms and/or $16.5 million fines for those found guilty1.

On September 29th Gottliebsen reported that a review of the inquiry transcripts by “a group of Australia’s top OHS lawyers . . .concluded that four ministers, 16 public servants, the state of Victoria, four departments and the Trades Hall Council should be prosecuted” 2.  Gottliebsen predicted that launching prosecutions against the Government, ministers and public servants would “drastically change the government structure of Victoria.”

He also revealed that the executive director of Self-Employed Australia, acting under 2004 OHS Act provisions, has requested WorkSafe to prosecute. This could potentially cause a conflict for WorkSafe chief Colin Radford who is a friend of many of those he is being asked to prosecute.

In another report Jims Mowing are said to be initiating a class action against the Victorian Government for millions lost by their gardeners, many of whom work on their own (minimal COVID-19 risk) and who were prevented from working when Local Government employed gardeners were allowed to continue to work in groups (greater COVID-19 risk).  If this risk-based action gets up it could open the gates to a raft of claims based on similar arguments, perhaps even the many and varied border closure policies could come under some risk-based scrutiny.

This issue has developed extreme political implications and it has been suggested that there may be a political element to the claims made in The Australian.  Some questions are not addressed:

Back on earth, should WorkSafe decide to take their superiors to task, how will the success or failure (as a defence) of the weird pantomime we have observed in the Victorian quarantine inquiry affect WHS/OHS management?  Assuming many lawyers will be watching closely and calling their clients once a result is known, will this generate a scramble to control fatal risks, or set a precedent precipitating systems designed to obscure the providence of decisions?

Controversial questions prompting interesting speculation and grist for the mills worked by legal eagles and politicians honing their battle arguments. However, as was pointed out by our consultants, the blame game as interesting and unprecedented as it may be, should be disregarded by those of us operating at ground level in favour of focussing our energies on the implications and learnings this incident provides for prevention.

In this regard the hotel quarantine incident and the subsequent inquiry has highlighted or perhaps reinforced a number of old truths:

It is clear that normally accepted contractor management controls were absent during the hotel quarantine incident (HQI).  When engaging a contractor the management system should provide for identifying the hazards and risks to which the contractor may be exposed and delivering the required risk controls prior to their engagement.

HQI underlines the principle that contractors cannot be assumed to be competent in the hazards and risks to which they may be exposed. The system must also provide for:

JTA’s team includes occupational hygienists with expertise in the management of chemical, physical and biological hazards in the workplace as well as health and safety professions with management system and auditing expertise across a range of industries.