Are We Heading For Another Asbestos Type Crisis? 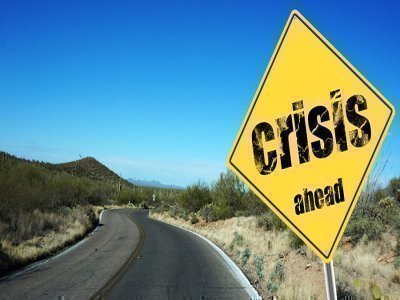 Are We Heading For Another Asbestos Type Crisis?

In September 2019 on Radio National Breakfast Di White, mother of two sons aged 35 and 36, was asked how she reconciled one dying from Accelerated Silicosis and the other son recently being diagnosed with the disease. She gave the heartrending response “You can’t”. Health experts are warning of another Asbestos-like crisis unless Australia bans the manufacture of the product which has become increasingly popular for kitchen bench tops - variously called Artificial Stone, Caesar Stone or Engineered Stone.

Kate Cole who is an Occupational Hygienist with experience assessing Silica exposure during tunnelling works, the subject of her Churchill Fellowship paper, was on the same program.  She suggested that Crystalline Silica exposures capable of causing Accelerated Silicosis are not confined to bench top polishing and cutting of Engineered Stone but could be found in tunnelling, construction and demolition workplaces.

This opinion was not shared by Commonwealth Chief Medical Officer, Professor Brendan Murphy, who reported that there was currently no evidence to support the increase in Silicosis incidence extending beyond the Engineered Stone industry.  He did not go on to describe the “evidence” that was lacking or why Kate Cole’s measured exposures exceeding the workplace exposure standard is not considered evidence of a health risk and why we should not gather more monitoring results before the risk is dismissed or downplayed.

Should We Ban Engineered Stone?

More recently Professor Bruce Thompson, President of the Thoracic Society of Australia and New Zealand speaking on Radio National Breakfast on the 19th of April 2021, called for a complete ban on Engineered Stone.  Professor Thompson went into detail about the toxicity of Crystalline Silica, which makes up 90% or more of Engineered Stone, and also implicated the glues and binders making up the stone which he described as noxious.

He also clarified the difference between Accelerated Silicosis, making up about 10% of the 260 diagnosed Silicosis cases and which can be fatal in as little as 18 months, and the more prevalent Chronic Silicosis, which he said people can live with. Of the 260 Engineered Stone bench top workers currently diagnosed with Silicosis, statistically an unlucky 10% will contract the accelerated version of the disease

Crystalline Silica or Quartz is a hazard in any workplace where sand or other materials containing quartz are abraded in such a way that Respirable Crystalline Silica (RCS) is produced.  So what are the Authorities doing about all this?  At the National level the National Workplace Exposure Standard for RCS halved from an eight-hour time weighted average of 0.1 milligrams per cubic metre (mg/m3) of air to 0.05 mg/m3 across most Australian jurisdictions in June 2020 following an increased incidence of silicosis in the engineered stone and some mining industries.  Exposures exceeding 0.05 mg/m3 are not normally associated with well controlled processes.

The Word From The Coalface

There is also activity at the state and territory level.  We spoke to a Stonemason, a client of JTA, who we had carried out RCS monitoring for in response to an order from the Authority.  This Stonemason had invested heavily in dust control with no dry cutting or polishing, two large automated water cutting machines, exhaust ventilation equipment, water suppressed hand polishing, a comprehensive cleaning regime made possible by graded floors allowing drainage of slurry and a respiratory protection programme.

We measured elevated RCS levels so he responded with further controls on the water suppression systems and is currently waiting for the Authority to revisit the site and carry out further monitoring to verify the efficacy of the controls.

He reported that he had established a good rapport with the Authority and that there has already been significant changes to the industry. The changes have resulted in work being redirected to his business from less well controlled workplaces to the extent that he has doubled his turnover since our monitoring programme in 2020.

He indicated that officers from the Authority had heralded supply chain controls including a licensing system prohibiting suppliers of Engineered Stone selling to masons with poorly controlled operations and fines of $8000 for individual masons dry cutting Engineered Stone and $18,000  for businesses where dry cutting was detected.

The Authority, he assured me, was not concerned about well managed businesses such as his but was determined to eliminate workplaces that tolerated excessive exposure.

The push for reform by highly placed medicos perhaps aided by the recent COVID inspired political trend of politicians following scientific advice, harbors well for change in Engineered Stone processing that will hopefully control exposures and prevent any repeat of Di White’s tragedy.  State and Territory authorities have already responded to the Engineered Stone processing sector with legislation and boots on the ground: advising and enforcing where required.

The next step may be broadening the response to include other known RCS hazards: concrete sawing; brick, tile and paver cutting, and tasks traversing a wide range of industry sectors and sizes.  At the very least, we should be monitoring these known RCS hazards and collating the data to establish the exposure risk.

Learn about Your Duty In Relation to Crystalline Silica